Virilio explains this Third Revolution as a “transplantation revolution” that we don’t even realize is occurring. He defines this revolution as “secretly gearing up, not only with the grafting of livers, kidneys, hearts and lungs, but with the implantation of new kinds of stimulators, much more effective than the pacemaker, and the imminent grafting of micro motors capable of overcoming the defective function of this or that natural organ” (51). In essence, this revolution allows us to put the technology within our physical being.

Virilio dislikes the Third Revolution because he believes its purpose is “to miniaturize the world, having reduced and miniaturized its components, the technological objects the world has contained ever since industry first took off” (54). The disadvantage of all of these new technologies is that it makes us inactive and lazy.

This can be applied perfectly to the telecommunications world, “it is better to send an electronic impulse than to carry a sheet of paper, but carrying a letter, sending mail, is better than sending a messenger” (55). Take for example, the postal service. Hardly anyone in this day and age uses “snail mail” when e-mail is a much more efficient way to communicate. However, I now get excited over a letter mail notice from the Furman post office.

Just as the Post Office has seemed to lose it’s purpose, Virilio believes with the ongoing growth of new technologies, the world is becoming meaningless. He is quoted as saying, “as the world becomes meaningless now it is no longer so much whole as reduced by technologies that have acquired, in the course of the twentieth century, the absolute speed of electromagnetic waves” (61). 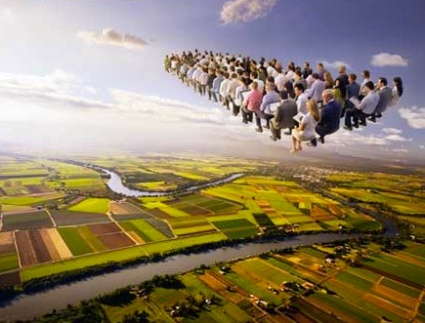 Something I came to disagree with Virilio with was his notion of travel. He believes since we can see what a place looks like from an image, video, or movie, we no longer have the desire to travel there and see what it looks like in reality. He states this belief when saying “with the state of emergency in time distances, that dream fades, soon to be replaced by the telex or by immersion in virtual reality” (65).

As someone who has a strong passion to travel, I strongly disagree with this statement. By looking at an image of an exotic location or watching a movie about somewhere far away, it ignites my desire even more to go there.

Lastly, another interesting point Virilio brought up, which I have noticed more and more over time as our business world expands and transforms, is the notion of no longer needing a central office to conduct business. He uses the example of IBM and how they eliminated their headquarter building entirely and no longer have one. When people are able to do work from any location at any time of the day, there’s no longer a need for a central office building.

While doing this certainly has many advantages, Virlio noted one of the major disadvantages our society faces today, “the fact that we can no longer draw a clear line between work and play, paid work now threatening to swamp all the private space and time we each thought we could do with as we pleased” (77).

1.) Have you noticed your work interfering with you personal time ever at school? (such as professors e-mailing you about an assignment on the weekend and expecting you to check the email before the next class)

2.) Do you agree/disagree with Virlio’s notion of travel and why?